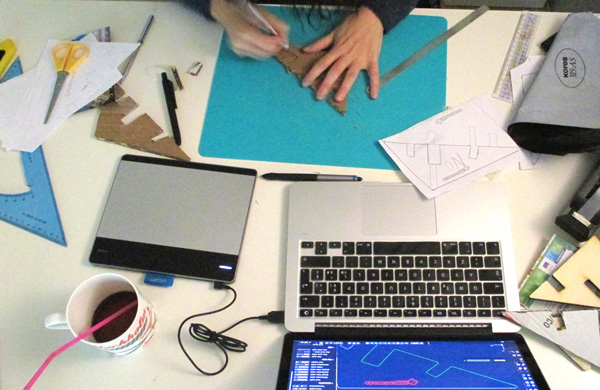 One of our CCDBC ( Cremacaffè Design’s Beloved Customers) challenged us to make one smaller stand for his Apogee Duet, while I was on a deadline for my thesis in Helsinki and Andrea was almost on his way back from Sicily to Finland. We decided to go for it, as we had been thinking for some time to make a little flexible stand that could fit almost anything, from an IPad mini to a Volca (and a smarphone too, why not?). I sent the drawings for our new stand to Andrea, at dawn. First thing in the morning, Andrea went to pay an early visit to our friends at the laser cut workshop, and few hours later I got a triumphant call:
“Habemus HERO!” 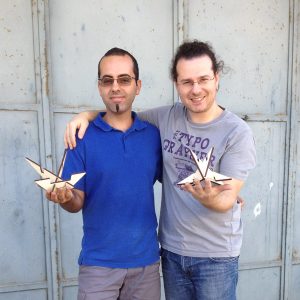 Andrea and Giuseppe worked hard on transferring the drawing I sent, based on cardboard models, to the plywood; it takes always some adjustments, design has to be perfected to the millimeter, and it has to take into account the way the machine cuts, as well as the irregularities of the material. That night Andrea came back to Finland, with this nice suitcase full of Heroes fresh out of the oven, but – they did not quite work out as I imagined. I wanted “Hero” to be assembled in 4 different positions, to accommodate devices with different sizes and thicknesses, while keeping the best ergonomics. The idea is that you don’t even see or feel the stand, unless you are looking from behind; in that case, instead of the back of your device, you are going to find this little alien looking at you. To get there, some more work was required – this time with 4500 km 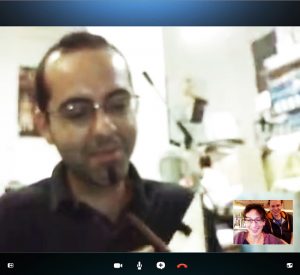 between us and the workshop! We cannot thank Skype enough about that. And Giuseppe, who was doing all the laser cutting through a screen. In some kind of weird mime game, we would be pointing at each other’s prototypes on both sides of the screen, for several days, changing the tiniest details here and there, until on both ends of Europe “HERO” wouldn’t look and work exactly as it should. It feels always so nice to make things with people who have passion, that distance doesn’t matter at all. I do look forward, though, to the next prototyping session in Sicily – having a coffee break at the truck-drivers cafe, where they serve each one of the customers a different type of coffee, and they remember it by heart; and on a good day, having a wonderful lunch at Marco’s. 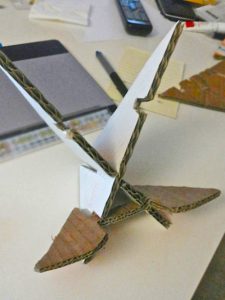 Sicily, we are coming! Next prototype in the baking is a stand for heavier gear. In the meantime, enjoy our little samurai! It was not our intention to make the new stand in the shape of a samurai’s helmet, but the design process has mysterious ways…
“HERO” might look strangely familiar to those who grew up with Japanese anime, like us 🙂